Posted on December 11, 2012 by ruffinontheroad

I hope everyone back home is well and coming off a wonderful Thanksgiving. I had spaghetti in Switzerland which was fun and unique, and you don’t have to eat turkey to still be grateful for so much. I’m especially thankful for the six amazing months on this journey, for the new friends and unforgettable experiences … but I’m also thankful there are six months to go!

Things have been relatively quiet since returning from Budapest. I had a pleasant couple of days with a friend at Lake Como (we rented a boat and buzzed George Clooney’s place but he wouldn’t come out and play) and a fabulous week with my sister Jean. We did three days in Vienna and three back in Salzburg, with lots of walking and talking sprinkled with a museum or two, a palace, a concert, Irish pubs and great dinners. She’s absolutely the best company, and a great friend. And now my brother David – my other favorite person in the world – is coming to join me for New Year’s in Istanbul, so I’m truly blessed and very thankful for my family.

When Jean was here we looked back through the photographs from this trip and I realized there are many I like that never made it on the blog. Since this is the halfway point for this adventure it seemed like a good time to share some of them. (Let me know your favorite … erb0603@gmail.com). Thank you for checking in! 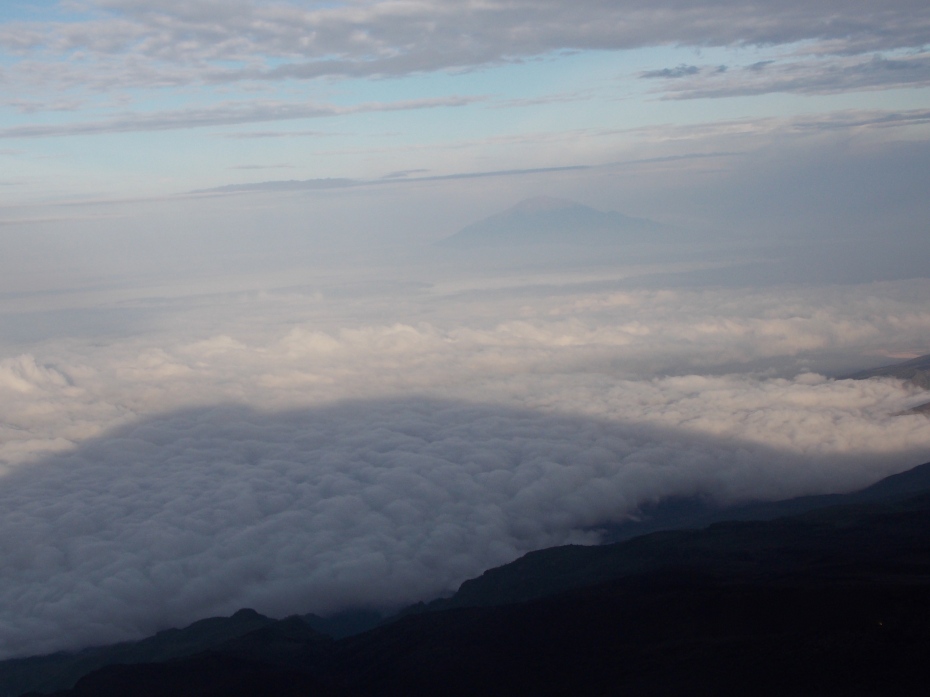 Kilimanjaro casts a imposing shadow on the clouds far below. Mt. Meru is in the distance. 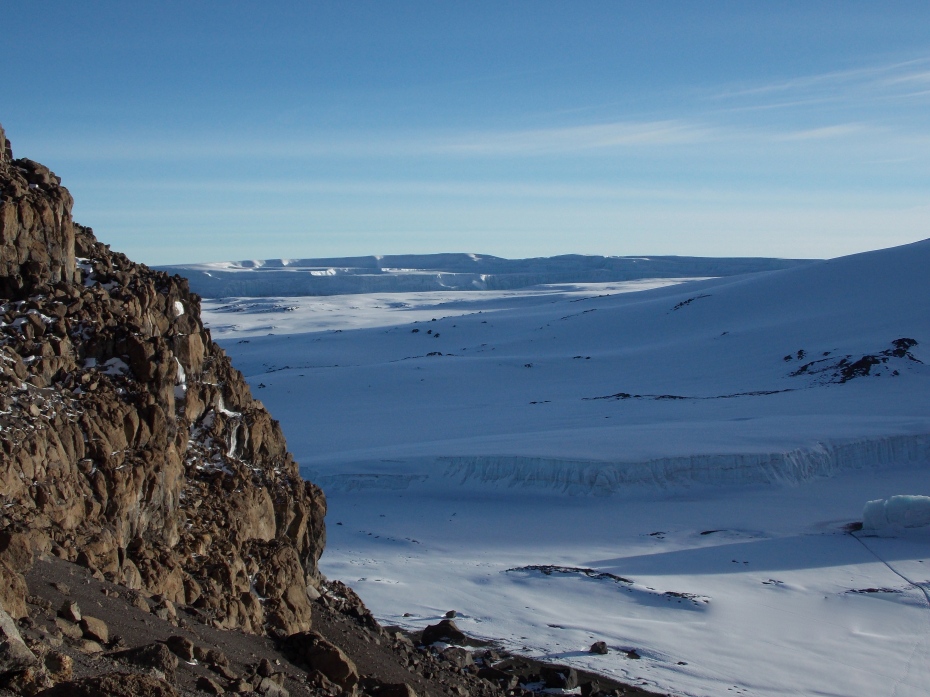 I’ve always wanted to see Antarctica, but I can’t imagine it being any more dramatic than Kilimanjaro’s crater and summit, where the snowfields are sadly diminishing.

This is inside the magnificent Ngorongoro Crater. We saw a number of endangered species there, but the zebra was not one of them.

Wildebeests party all night and need a mid-afternoon nap. Just like the Spanish.

I love how the Acacia trees give definition to the Serengeti. The giraffes are cool too.

I just like the sky in this shot of the Serengeti.

After a rain in Longa, one of the townships near Cape Town. The conditions are beyond description.

We visited a penguin colony on a beach in South Africa and one of the brochures blew onto the sand. “Hey Phil,” I’m sure I heard this guy say to his buddy, “come look at this. You won’t believe the crap they’re saying about us!”

Male elephants in Addo Elephant Park near Port Elizabeth, South Africa, have been getting gradually smaller, so they brought in four big males from Kruger National Park. Three of them were accepted by the herd, but this guy was not and he roams the park alone. 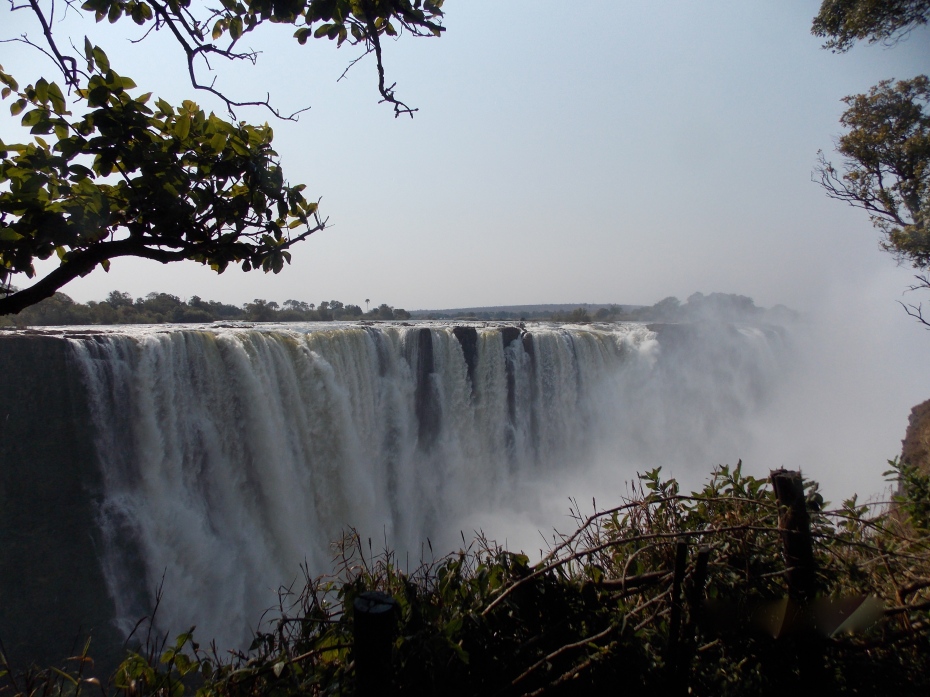 Victoria Falls … the natives have always called it “The Smoke that Thunders”, an excellent name. Take a raincoat.

Pre-dawn on the beach at Bagamoyo. I like this picture because it reminds me of the end of “Close Encounters”.

This was taken by my friend Julie Hautin at the orphanage where she volunteered in Bagamoyo. So many beautiful, innocent faces. 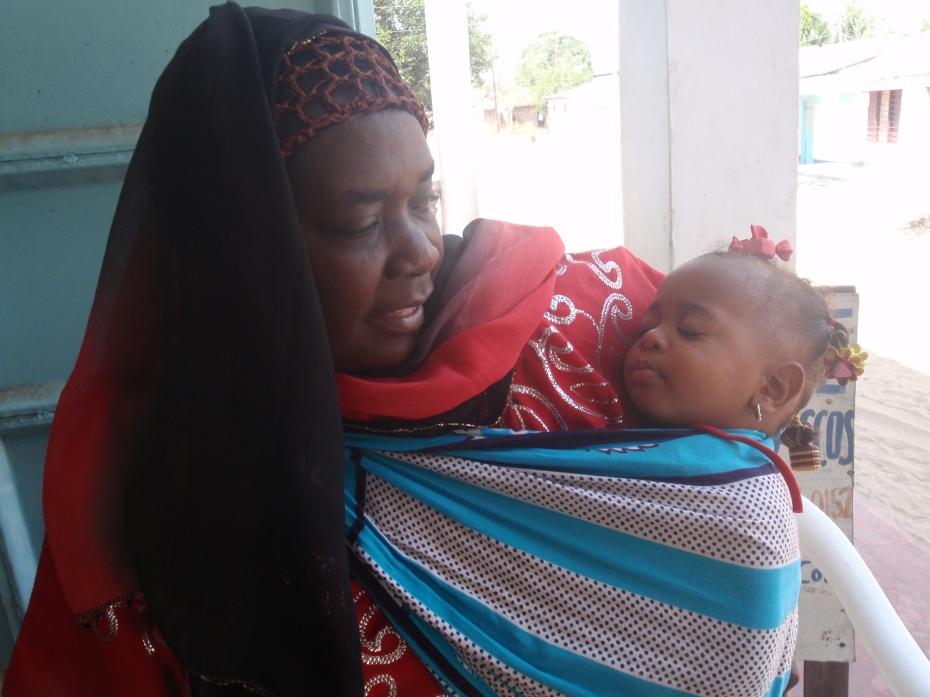 Siwadaa Malingumu is one of the wonderful women I worked with at Bawodene, an organization in Bagamoyo that focuses on empowering women. Her granddaughter is Aisha Ally Juma. Nice soft light.

This is my artist friend Idd Mnyamili and his adoptive brother, Mudi. Idd’s father brought Mudi into the family after he was abandoned by his mother; such is the treatment of albinos in Africa. Mudi’s a great kid who is doing well in school, and he has an exceptional big brother to love him and make sure he wears his sunblock.

The morning of the day I left Bagamoyo I went for a walk on the beach with Idd and the wonderful, irrepressible Emily Farley, who was supposed to leave before I did but stayed three more months. A cool tree, and two very special people. 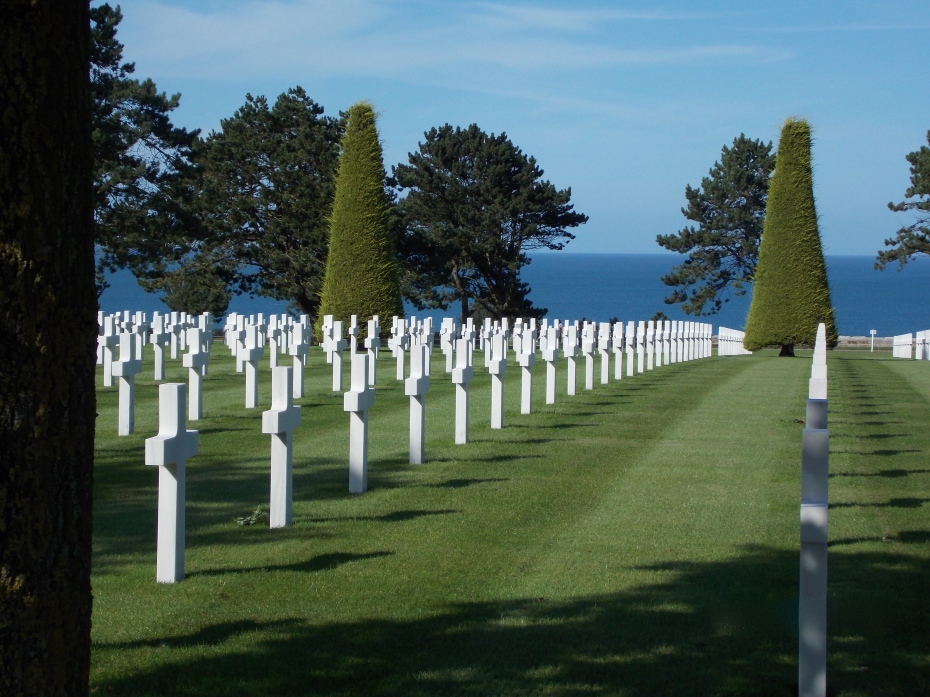 The pristine and melancholy beauty of the American Cemetery overlooking Omaha Beach, in Normandy. 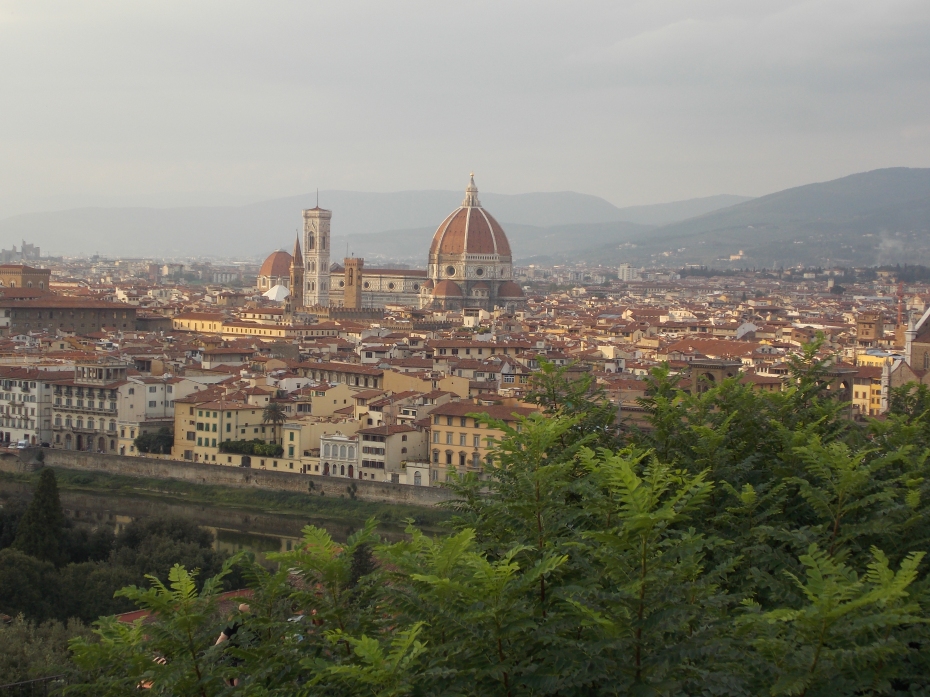 There is an overlook on the south side of the Arno River where tourists and vendors and street musicians gather to enjoy the view of Florence, which is dominated by “Il Duomo”, the great cathedral.

Croatia is 95% Catholic but we were told that Croatians are really not that religious. Maybe if the churches were just a little bit more accessible …

On the wall surrounding the old town of Dubrovnik.

It’s hard not to fall in love with Tuscany. 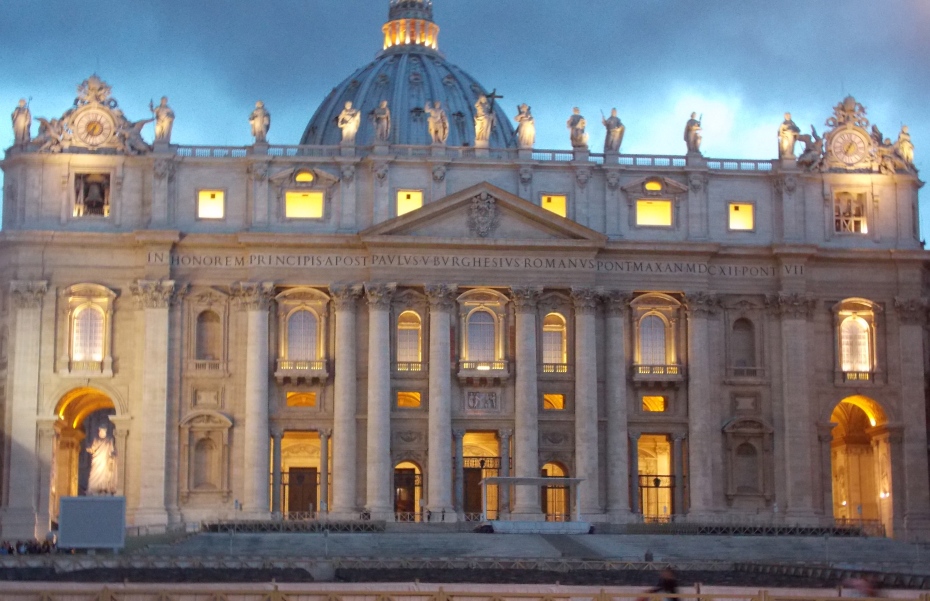 St. Peter’s Basilica in Rome is a very accessible church, and incredibly beautiful.

These guys outside a shop in Positano are a little creepy, but you have to respect the attention to detail with the chest hair.

First snow of the year in Salzburg.

This is almost a black-and-white photograph except for a couple of hearty trees hanging onto the last vestiges of autumn.

Another shot of the overlapping seasons.

My Salzburg friends Gabi (above) and Maria (below). Gabi owns the apartment I am renting and Maria works at the jewelry store across the street, and both are also in demand as tour guides. Wonderful people and a lot of fun. 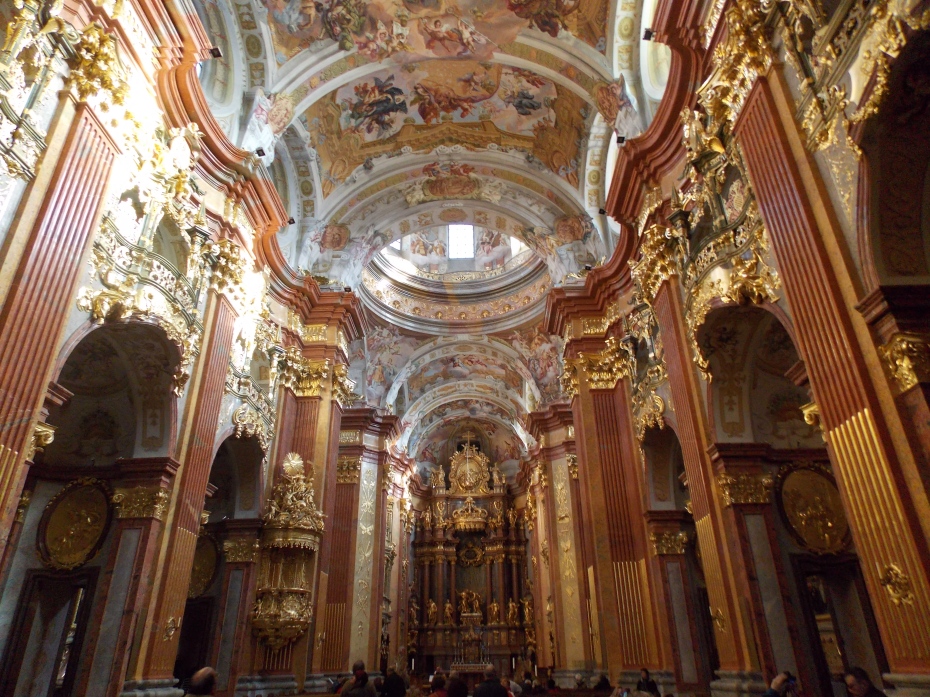 We’ve seen dozens of magnificent churches in six months, few more spectacular than the cathedral at the Abbey in Melk, on the Danube cruise.

My sister’s going to kill me for this, but I think she looks cute.

I wish you all a very Merry Christmas, and a New Year filled with love and good health. God bless!

7 thoughts on “Making the Turn”